Our guest presenter on September 10 was actress Nancy Stafford, who was also our VIP featured guest for this year’s O 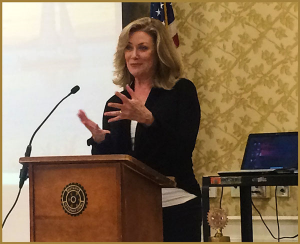 As an actress for 30 years, Nancy starred in numerous movies and TV series, including 5 years as Andy Griffith’s law partner on “Matlock” and several years as the hospital administrator on “St. Elsewhere.”

Ms. Stafford has returned to her original roots as a journalist and has written several inspirational books. She travels extensively for speaking engagements to women’s groups, colleges, churches, and corporations. Nancy’s message to our Rotary Club was to look at the times when your goals or dreams are blocked as an opportunity to find a new path. She shared memorizes of her years with Andy Griffith and extolled his extreme acting talents which he made to look so effortless, in his easy going manner.
buy Xenical online