To learn more about our Community Service projects or programs, some with an international theme, just click on the bar.  To minimize just click bar again. 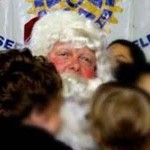 The Christmas for Kids program focuses on children who need assistance and good cheer. This program allows children to understand that Christmas is about giving, and while the kids do receive presents themselves, they also are given the thrill and satisfaction of giving presents to their parents, siblings and caregivers. It really focuses on the reason for the season and is a very uplifting and anticipated event for the school system, the kids and our club members.

In a city of 25,000 people, taking 40 kids from less fortunate families and making a difference in their and their families lives helps makes a difference. It should come as no surprise that the annual Christmas for Kids event is one of our Club’s most favorite and gratifying projects .

At our Club meeting on November 21st, 2013 Sheri Smith, School Counselor at G.W. Caver Elementary School, one of the four Salem Elementary Schools participating in the program, shared these thoughts with the Club.

Annually as part of Clean Valley Council’s “Clean Valley Day” our Club members met in the morning at the Salem Rotary Park on Rte. 419 and Apperson Drive.  Many hands make quick work of trash and debris along the Roanoke River bank, greenway and Salem Park area.

All third graders in the City of Salem schools are presented with a student dictionary of their very own to aid in their studies.  Each book has a presentation label from the Rotary Club of Salem.  Third grade representatives join our club for lunch each year in honor of this program.

The Rotary Club of Salem supports the Interact Club at Salem High School.  Interact is a club for young people who want to join together to tackle the issues in their community that they care most about.   The club carries out two service projects a year: one that helps their school or community and one that promotes international understanding. They meet monthly as a ‘B’ Club under the oversight of Kara Halsey, an English teacher.   Projects include suicide prevention, District Conference, Autism Awareness and Rotary Youth Leadership Academy.

The Rotary Club of Salem is pleased to announce the September 2014 arrival of Alvaro Catel as a Rotary Exchange Scholar.   Alvaro comes from Sorocaba, Brazil, a city of 700,000 inhabitants near Sao Paulo.   He attends Salem High School and is pursuing a college preparatory course of study.

Remarkably, Alvaro is the third person in his family to participate in Rotary Youth Exchange.   His mother was an Exchange Student in the Chicago area.   His sister, also an exchange student, shared the same host family as his mother two decades prior.

Alvaro enjoys basketball, art and playing the guitar.  He will live in Salem the full academic year.

Alvaro is being hosted by Jim and Caroline Wallace, and Nancy Sullivan, all of Salem.

The Rotary Club of Salem is accepting applications for local students to become outbound Youth Exchange Scholars for both short term summer exchanges and full academic year exchanges (application deadline for the 2015-16 school year is Dec. 1, 2014). 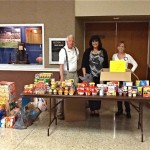 We organize food drives in support of the Salem Food Pantry and a Winter Coat Drive to benefit the Salem Clothes Closet.  We have also aided local communities by collecting and supplying bottled water as needed for emergency relief. 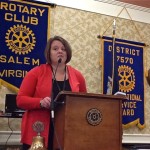 Quote from a speech delivered at our  Club meeting on November 21st, 2013 by  Sheri Smith, School Counselor at G.W. Carver Elementary School, one of four elementary school participating in the program…

“I volunteered to be the elementary representative today to express our appreciation for the support the Rotary Club members provide our students and their families during the holidays.

Eight of our families, two from each school, will have a Thanksgiving meal delivered to them next Wednesday on behalf of this club and several gracious volunteers.  Thank you to Mike Mayo for working with us to provide this blessing.” 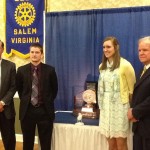 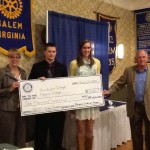 The award is named after Dan Wooldridge, a Salem Rotarian and retired commissioner of the Old Dominion Athletic Conference, as a way of honoring him for his life-long commitment to service and excellence. A veteran of the officiating ranks, Wooldridge is a Paul Harris Fellow and has in the past served as the Rotary Club of Salem President.

The Jostens Trophy and Wooldridge Scholarship Fund seek to honor the true Division III student-athlete exemplifying excellence in the classroom, on the playing court and in the community.

Scholarships for college and high school students, through the Dan Wooldridge Scholarship and the James Elliot Scholarship the Club assistis young people to pursue higher education.

In addition, Our Club’s donations help to fund a Health Focus of Southwest Virginia Scholarship for the education of future health care workers, allowing them to become much needed parts of the health care system in our region.

The Outstanding Citizen Award is given each year to someone who has throughout both his/her profession and community involvement, worked to make the community and the world a better place.

The Service Above Self Award was developed to recognize someone who exemplifies the ideals in the Four-Way Test and the Object of Rotary in his/her professional life. The person cannot be a Rotarian and cannot be in an ownership, managerial or supervisory role.  The concept is to recognize the “average worker” who is often not considered for awards such as outstanding citizen.

Regina Devinney is a Workforce Investment Act Case Manager with Goodwill Industries of the Valleys.  Regina works with adult clients who are unemployed, or under-employed, to place them in jobs that will lead to the individual’s self-sufficiency.  A majority of Regina’s clients also have barriers to employment, such as ex-offenders.  Serving this population is not an easy task; Regina does not let this deter her from delivering the best results possible for everyone she serves.  She comes to work every day with a smile on her face and hope in her heart.  She knows her work is not just a job, but that her work is truly making a difference in people’s lives.

Katrina Johnson has focused on helping, teaching and improving the life of others. She taught elementary school for 11 years after receiving her Bachelor’s Degree from Southern Adventist University. She returned to school in 1994 receiving her Associate’s Degree in Administration of Justice.  Working as a Case Manager at the Virginia Alcohol Safety Action Program, she assisted individuals with alcohol issues prior to becoming Salem’s Victim Witness Coordinator in 1998.  Katrina’s greatest impact is assisting crime victims; especially those victimized by domestic violence or sexual assault, in particular child sexual assault victims.  Katrina is an angel to crime victims in Salem. 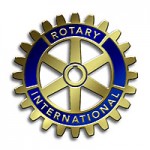 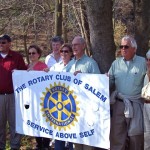 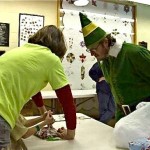 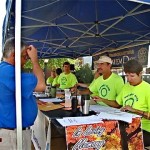