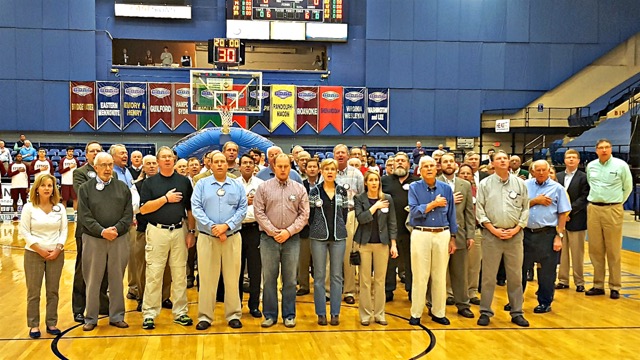 Today’s club meeting served as our official tip-off to the 2017 ODAC Basketball Championship Tournament.  Though we previously posted in Facebook our signing of the National Anthem prior to the first game played at the Salem Civic Center, at the time, we were not aware Ken England had commemorated the moment.  Heh, given no rehearsal not too bad we think.  The ODAC student-athletes, their families, friends and fans enjoyed very successful tournament for all involved.  Click here for video.

Our thanks to Robert Dementi for his photographic skills.