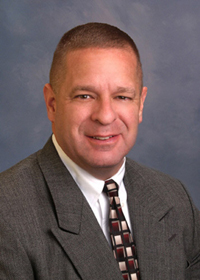 The Heroes Among Us –

On Thursday, December the 3rd, Tom Bowers presented a compelling program creating awareness of the people who work everyday unheralded as they make a major contribution keeping public safety as their primary goal. In this program Tom described the powerful images of 9/11 with debris in the air and thousands of people fleeing as they searched for a safe haven from the devastation that happened on that day. As people were escaping in effort to save their own lives, Police and Fire personnel headed for the the Twin Towers, towards the debris, death and destruction risking their lives as they understood their duty of public safety over their own personal well-being.

Tom’s full presentation is as follows:

When I think about heroes, I always think about those iconic pictures from 9/11. On that awful day, those pictures showing hundreds if not thousand fleeing from the dust and debris of those twin towers. But I also look at those awful pictures as something great, because if you look closely, as thousands flee from the building towards the cameras, you can also see lots of people, men and women, mostly police and fire personnel, heading towards the twin towers, towards the debris, towards the death and destruction. For the Marine Corps we often talk of one’s willingness to go to the sounds of the guns, not away from it. Those are the heroes among us
in our nation today, our first responders, our Police, Sheriffs, State Troopers, Fire and EMS people, are challenged more and are under more scrutiny than ever before. much of this scrutiny is a good thing. but the misperceptions, the demonizing, the targeting of Police and emergency personnel is harmful to our safety and our nation. The focus on very isolated events grossly misrepresents the good that law enforcement does.
We must remember this quote:   “If civil disobedience persists, civil disobedience prevails.”

So my goal during this season of Thanksgiving is to give a few examples and show a few videos of our local law enforcement in action. TV shows greatly misrepresent the daily life of the Police. People need to see the real life safety that law enforcement provides. I think we take it for granted. Several of you have sat on a grand jury or done jury duty and I always get the comments that people are shocked that such events are occurring in our community.

And while Salem is a safe place, on any given day an officer:
• May draw his weapon.

• May be assaulted or need to use physical force.

• May be exposed to the blood of another or exposed to needle sticks by drug users.

• May be part counselor and caretaker to the mentally ill and or peacemaker to family and domestic violence.

• May see death, either through a natural death occurring at home, a car crash, a drug overdose, or a suicide.

I think of that picture from the 2007 Virginia Tech shooting of State police Sgt. Matt Brannock and other officers carrying a wounded student to medical aid. I had Sgt. Matt Brannock and Senior Trooper Gary Chaffin visit our club after that shooting. They responded at 120 mph from Salem to the initial active shooter calls. I know both well, and to this day, the death they saw that day forever changed them.
4 years later on Memorial Day, as he was heading home for his birthday party, Sgt. Matt Brannock pursued Jonathan Agee, a Franklin County Deputy in a marked patrol car who had just murdered his ex-wife in Roanoke City. On a chase down the interstate at speeds on the shoulder of 120 miles per hour, the cars collided as Brannock tried a pit maneuver to stop the chase. Ending up in front of Agee, Brannock was shot twice, his vehicle riddled with bullets as, outgunned by Agees rifle, he dove over the guardrail.

In Salem after 2 girls were shot at by 2 suspects during a carjacking, officer Daryll Thurston pursued the vehicle along 419, as guns were thrown out of the vehicle. when the vehicle was blocked by a dead end street, Officer Thurston chased 4 people as they exited the vehicle. As one split off, he chased 3, as one split off, he chased 2, finally catching the driver. Captain Todd Clayton caught the other suspect. Both were identified and through some great police work, 3 guns were found and a Salem jury sentenced these 2 extremely dangerous career criminals 28 and 37 years respectfully.
(Tom presents 2 videos to illustrate examples of Public Safety.) I want you to see how often mental health issues and or drug dependency issues come into play in the daily life of a Police Officer.
This is a man attempting suicide on the 419 bridge above Sheetz on Apperson.
This next video shows how an unsuspecting situation, an officer stopping a car with handicapped plates for having no lights on, (believing that he was stopping an elderly driver who forgot to turn their lights on). See how quickly it turns into something else. Car just stolen from Roanoke City.

Those guys are my heroes but heroes and heroic deeds and acts are not only done by police and other first responders. our Paul Harris Fellow Award include recognition because someone in their life exemplifies the humanitarian and service above self qualities of Rotary.

Earlier this year, this club lost longtime member Park Dickerson. Park died of cardiac arrest while swimming at the YMCA despite valiant lifesaving efforts by y staff. However, 4 years earlier on May 22, 2011 Park’s house caught on fire at 2 am while he and his wife Normie were inside. A longtime Salem resident and businessmen on his way home from work, saw the smoke and flames coming from house as he turned onto Hawthorne from High Street. He called 911 and went to the door. He was getting ready to kick in the door when Normie answered. Neither Park nor Normie were aware of the fire and I am convinced their lives were saved that night especially when you hear the fire suppression language from the report.
While I heard about the fire, it took several months until I heard of the lifesaver. I always felt like we as a club should recognize that hero, so today, the Rotary Club of Salem is awarding a Paul Harris Fellow to that hero Judd Jacob Poindexter.
Heroic deeds and acts come in many forms. If you are without food, without shelter, or without heat, those bringing those services are truly heroes in the eyes of the needy.

I am honored to ask Mary Ann Wilson, a member and former Club President of the Rotary Club of Richmond, to come and speak to us about a program of heroic deeds.
Project WARM (Wood Association of Richmond Metro) started in 1976 in Richmond. It began in 1996 in the Roanoke area. Today we are also proud to honor Mark Wilson as a Paul Harris Fellow.
Rotarians are leaders of our communities and I think we should lead the way in thanking our Police and Sheriffs, our State Troopers, our Fire and EMS personnel. you hear stories of people buying them lunch or bringing them food, and while that is a nice thing, a personal handshake and thank you is sometimes the best medicine for people who do so much for our safety.