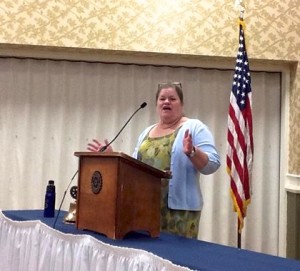 Betsy Richards first comments were to confess that she was a “dog show addict now.”  Betsy spoke to the Club about her start in the dog world and offered insights into professional breeding and dog show competitions.  The members enjoyed her delightful sense of humor which accented her informative comments throughout the presentation.

Professionally trained as a registered nurse, she has worn many hats over the years including soccer mom, caterer, event planner and political campaign organizer, which earned her the title of a “make it happen” person by the Roanoke Times.

Betsy Richards coped with a soon-to-be empty nest syndrome by adopting a dog breed that reminded her of three scruffy, dirty blond, brown eyed, goofy-grinned sons who at the time were nearing graduation from Salem High School.  She had gone to the opening day of the movie Because of Winn Dixie (2005) and became smitten with a dog that “was the cutest thing she’d ever seen”. 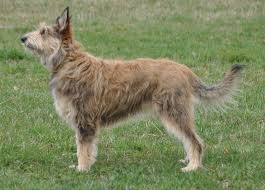 With a bit of Internet research she found its was not just a cute scruffy mutt but a breed, Berger Picard.  Rather than go see one of only 20 dogs in U.S. at the time, why not go to where the breed evolved, France.  So, she went to France to get a dog!  French is Berger for shepherd and Picardy is their region of origin.  She had the time of her life discovering a new world in a rented convertible equipped with GPS. 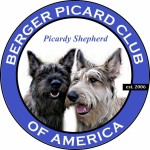 In December of 2006 Betsy went on to become a founder and is President of the Berger Picard Club of America . Since 2005, her love for the Picard has grown from a film infatuation to a full blown case of Picard obsession. The breed will move into full American Kennel Club (AKC) recognition in July 2015.  For the breed to be recognized by the AKC in such a relative short period of time is a testament to Bety’s dedication to the breed, which will show for the first time at the Westiminster Dog show in 2016.

She is an active member of both her local training club, Star City Training Club and the Roanoke Kennel Club where she is membership chair.

If you also fall in love, call Betsy. 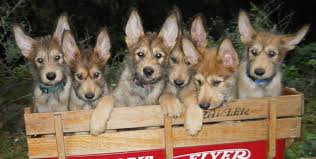