Club News – “We Are This Close” Celebration

On Tuesday evening, May 19, 2015, over 160 Rotarians and guests witnessed the successful completion of the “We are this Close” End Polio Now campaign for Rotary District 7570.  Salem Club President Dr. Bert Spetzler, along with District Foundation Chair PDG Janet Johnson, DG Vivian Crymble, Salem Rotarian Mark Hendrickson and Zone 33 Foundation Coordinator PDG Ron Ferrill presented Rotary International President Nominee John Germ with a check for $226,513 which did not include $10,000 raised this evening towards fulfilling D7570 promised goal of $250,000 by June 30, 2015. 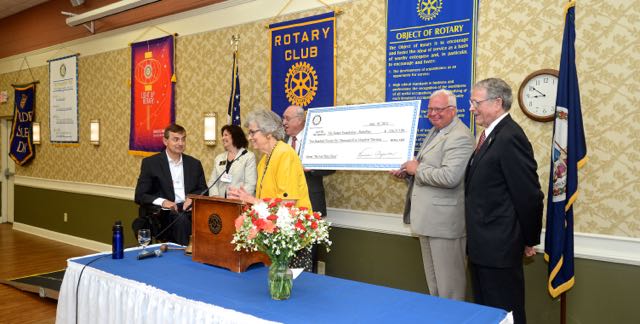 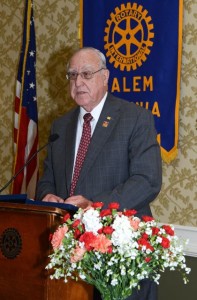 RIPN John Germ reported that we are “this” close to ending Polio in the world.  In June, Nigeria will be declared non-endemic and hopefully in August the entire continent of Africa will be taken off the endemic list. Only two countries are now endemic – Afghanistan with only one reported new case this year (actually someone from Pakistan) and Pakistan where the barriers of violence, misunderstanding and access have prevented effective vaccine delivery to its people.

District thanks goes out to the Salem Club and Area 8 clubs for taking the lead in this campaign, but recognizing that the majority of the clubs stepped up to donate a little bit extra to End Polio Now.  A hard working committee led by Salem Rotarian Jim McAden, PDG Joe Ferguson, AG Beth Pline, DG Vivian Crymble and PDG Janet Johnson made the night possible. 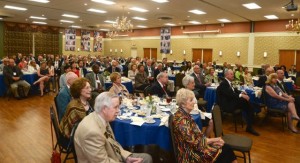