Our program topic, Refereeing in the NFL, was presented by Bruce Stritesky – a Northside graduate, full-time pilot with U.S. Airways and NFL Referee.  Stritesky NFL stats as Umpire, Heads Linesman 2006-2012. 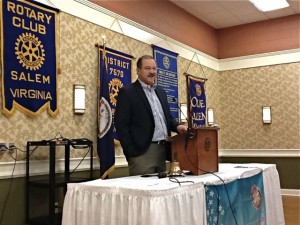 Bruce talked about many of the players whose games he refereed in High School and who later played in the NFL, including the Barber twins.  He also gave us insight to how referees work games and interact with players on the field during games.