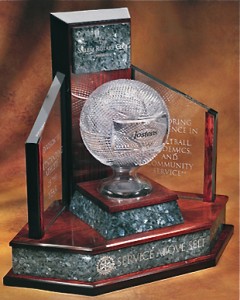 Excerpt below is from the Old Dominion Athletic Conference website.
Click on link at end of quote for details about this years winners…

SALEM, Va. — Awards season for NCAA Division III women’s and men’s basketball continued on Tuesday afternoon with the announcement of the 2017 Jostens Trophy recipients. Carnegie Mellon University standout Lisa Murphy and Hope College star Harrison Blackledge are honored with this season’s top awards, which recognize outstanding student-athletes in Division III basketball for excellence in the classroom, on the court, and in their respective communities.

The Jostens Trophy is a joint creation of Jostens, Inc., of Minneapolis, Minn., and the Rotary Club of Salem, Va. The purpose of the award is to honor the true Division III student-athlete – the athlete that shows excellence in the classroom, on the playing floor and in the community.  In addition to the Trophy, the Wooldridge Scholarship, a $1,000 donation, will be presented in the names of the winners to their institutions. The scholarship was named after Dan Wooldridge, a Salem Rotarian and retired Commissioner of the Old Dominion Athletic Conference, as a way of honoring him for his long-time dedication to Division III athletics.

The awards presentation for the Jostens Trophy is set for March 16, held in conjunction with the Rotary Club of Salem’s weekly meeting and as prelude to the NCAA Division III Men’s Basketball National Championship Series at the Salem Civic Center in Salem, Va.