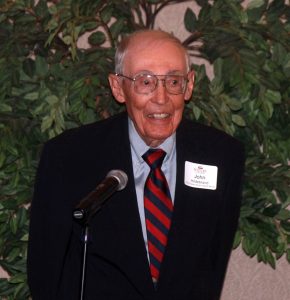 John Hildebrand received the 2016 Roanoke College Charles Brown Award given to honor a Salem resident who has contributed significantly, both professionally and civilly to the city’s quality of life.  The award is named for Dr. Charles Brown, the College’s first dean and a former mayor of Salem.  Other Rotary Club of Salem members to receive this award include Cary Harveycutter and Bob Rotanz.